The Best Feeling in the World

At the end of May, I took a long weekend to attend a marvelous Writer's Workshop sponsored by The Sun, my favorite magazine.
One part of the workshop was based on the "Readers Write" section of the magazine. Every month, The Sun solicits extremely short essays from the readers, on wildly varying topics and with deadlines a few months away. Writing something meaningful in the space of a few tweets is an exhilarating exercise for any writer.  At the workshop, we did it several times, with the added challenge of having no more than ten or fifteen minutes to write.
Here's the best I came up with -- over the top but true, and heartfelt enough to share with my friends. The assigned topic was:
The Best Feeling in the World
The call came at 4 AM; my pregnant daughter, four hundred miles away, had awakened in a pool of blood. As my son-in-law rushed her to the hospital, my wife and I raced towards Chicago.
This had been a miracle pregnancy. Our son-in-law was struck down, the day after they became engaged, with four aggressive brain cancers. After over a year of surgery, chemo, radiation, and experimental treatments, he had beaten the odds enough for them to try in-vitro fertilization. Now the happy end threatened to come undone.
We arrived at the hospital shortly after noon, to find our daughter healthy, and to meet our beautiful twin granddaughters, newly named for my late mother and grandmother. I held their tiny bodies, unable to imagine anything better than this. 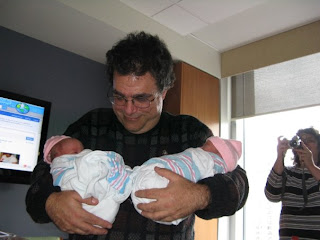 It's All About Me! Why Email Security Remains Elusive

It's All About Me! Why Email Security Remains Elusive
Posted by Nathaniel Borenstein at 6:32 AM No comments:

Unmentioned, in this latest entry on my work blog, is that when Trina and I were in South Africa in May, we were lucky enough to actually watch two elephants mating.

I expect HP and Autonomy to be less graceful.

When Elephants Mate: An Eagle’s View of HP’s Autonomy Acquisition 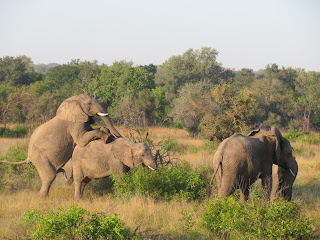 Extra pics on this blog only (all photo credits: Trina Borenstein): 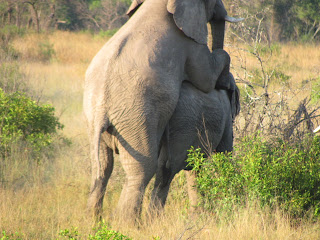 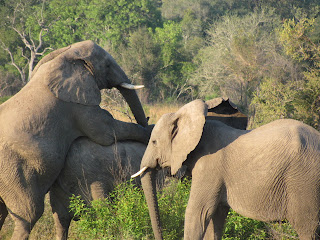 Posted by Nathaniel Borenstein at 8:02 AM No comments: