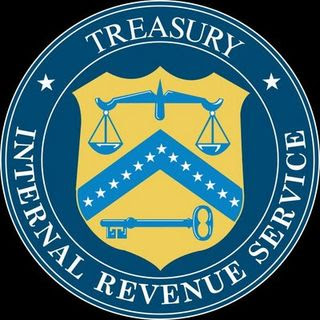 Depending on whose numbers you believe, the Internet now constitutes about 2% of the global economy, or 3.8% of developed nations' economies, and its growth rate may still be exponential.

It took the Internet more than four decades to go from zero to two percent of the world economy. If, as I suspect, it's still growing along the same exponential curve that most Internet measurements have followed, a decade from now it could account for a third to a half of all global economic activity. The taboo on taxing it is worth revisiting, and several states are now doing so.

Believe it or not, the original reason why most people favored not taxing the Internet was a desire to foster its growth -- either through the direct economic savings of not being taxed, or by sparing it the potential regulatory complexities of a new kind of international commerce. Back then I thought, and still believe, that this was a very good idea, but times have changed. The Internet no longer needs special tax treatment to thrive.

There are of course complexities that stem from the nature of Internet commerce. But the sheer size of the Internet economy, two decades after its commercialization, suggests that it's past time to confront the complexities of its taxation.

I am not arguing (here) that taxes should be higher or lower overall, but simply that they will be increasingly unbalanced and unfair if they are only imposed on an exponentially shrinking portion of the economy.

The mechanics of Internet taxation will be tricky, to say the least, but current tax codes aren't exactly simple, either. It seems to me that Internet taxation could be made tractable by beginning with a few core principles, such as:

1. All mechanisms should be designed for feasibility and simplicity of implementation. This will dictate certain architectural decisions, such as seller-side tax collection, and it will also work to minimize bureaucracy and wasted time.

2. The introduction of Internet taxation should minimize disruption to existing government revenues. This means that when possible, revenue from taxing particular Internet actions should go to the jurisdiction of the seller that received the revenue. For example, in the USA, sales tax from Internet transactions should be directed to the buyer's state of residence. The seller's venue can be taxed in other ways, but without residence-based sales tax, tax revenue would tend to drain away from populous jurisdictions that don't host Internet services.

3. Internet taxes should be as uniform as possible across all tax jurisdictions. For example, although the state that receives sales tax should be determined by the buyer's residence, the amount of the tax should be decided more globally if possible. The economic distortions at such places as the Massachusetts/New Hampshire or San Diego/Tijuana borders serves no useful purpose and would probably be even worse if applied to Internet taxes.

4. National tax regimes should complement each other whenever possible. Rules should be written with reciprocity in mind. It isn't reasonable to expect a small merchant in Haiti to deliver tax collections to every taxing domain on the planet, but it is certainly reasonable to expect a large multinational vendor to do so, at least for jurisdictions where it conducts business.

Having said that, what exactly can reasonably be taxed? The easiest case is basic Internet access, which is already often taxed locally at the "last mile." This is an appropriate offset for the local infrastructure costs, and satellite services could be treated in the same way -- the local folks can see the dishes and enforce the rules. A uniform sales tax rate would avoid competition between jurisdictions, and would be almost a necessity for a value added tax.

Internet advertising is currently largely untaxed. Taxing it might slow the growth of Internet advertising, but few people would shed a tear for that, and it could be a large source of revenue if exponential growth continues. This could be addressed as a sales tax on the transaction in which the advertising is purchased, but the taxing jurisdiction might be near-impossible to work out, and would be an undeserved windfall for a few jurisdictions. It would be much more tractable if the advertising delivery agent (e.g. Google) collected and reported geographic information to facilitate the distribution of taxes to the domain of the "eyeballs."

However, it should be noted that there are a lot of poorly-thought-out proposals for taxing aspects of the Internet that would be implausible to tax. A "click tax" sounds promising until you realize that someone could write a program that just sits around raising someone's taxes. An email tax would get buried in technical and regulational complexity, given the difficulty of sorting out the true identity of a sender or receiver. Taxes on social networking success are slightly more plausible, where there's a single entity to perform identification and reporting, but it still isn't clear which activities it would make sense to tax.

Finally, there is a strong case to be made for particularly taxing the most bandwidth-hungry applications, and plowing the proceeds back into infrastructure upgrades. Video-heavy services such as YouTube and Skype might reasonably be expected to contribute to the continued upgrade of infrastructure that their services help make necessary.

I certainly don't claim to have all the answers, but if the role of the Internet in our economy is still growing exponentially, then it's surely time to open a discussion around the topic of how it might make sense to tax the Internet.

Posted by Nathaniel Borenstein at 9:54 AM No comments: