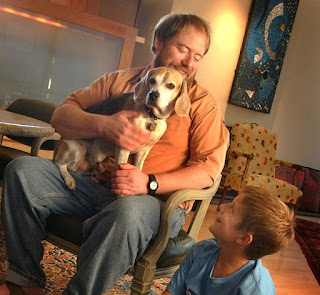 The Internet lost a hero this week. Ned Freed and I were in our early thirties when we met. I was a researcher in Pittsburgh, passionate about extending email to include pictures, sounds, and rich text in any language. Ned was a young entrepreneur in California, passionate about improving interoperation between independently designed email-like systems. We were the closest of collaborators during the early 1990's, when we led the design of the Multipurpose Internet Mail Extensions (MIME) -- three years of intense partnership that turned out to be the career highlight that both of us would be best remembered for.

MIME is now used trillions of times daily, in virtually every web page and email message, and we've both long since recognized that it would feature prominently in our obituaries. But it isn't what I think of when I remember Ned. MIME was the product of our collaboration, but it was the collaboration itself that I most treasure.

It's my observation that a remarkable number of innovations seem to originate in the well-timed creative dynamic of a pair of fortuitously compatible people in a collaboration that can be far more intimate than, say, merely producing a baby. UNIX came from the pairing of Thompson and Richie, Apple from Jobs and Wozniak, Microsoft from Gates and Allen, Google from Page and Brin. Cerf and Kahn gave us TCP/IP, while Parker and Stone gave us South Park and The Book of Mormon. Fate -- in the form of Einar Stefferud (universally known as Stef), one of the less remembered heroes of the early Internet -- brought Ned and me together at the moment when something like MIME was desperately needed.

I think that such creative partnerships usually involve people with very different but complementary personalities and skills, focused on a common task. Ned and I were nearly the exact opposite -- temperamentally fairly similar, but initially focused on very different tasks. I wanted to make email richer, while he wanted to make it more robust and interoperable. A third constituency lacked email expertise and was laser-focused on freeing email from its English-only heritage. When Stef realized that these three goals were highly complementary and might be achieved together, he introduced me to Ned and suggested we get involved with the IETF (Internet Engineering Task Force) and try to change the world.

We did, but in retrospect that's not nearly as remarkable to me as the fact that we did it without a single argument. Perhaps in part because we came into the MIME work with different motivations and expertise, we had no built-in disagreements. I've had other very successful collaborations, but there was always something to disagree about, sometimes leading to the kind of blowout fights that make you wonder how a couple can manage to stay together. With Ned and me, however, it was all harmony. I know we weren't always right -- I frequently point to one or two aspects of MIME that embarrass me to this day -- but we were even unified in our mistakes.

Or at least, I'm about 99% sure we were that perfectly harmonized. It's hard for me to be absolutely positive, however, because Ned was such a master of reasonableness and amiability. While I would occasionally get overexcited and argumentative, Ned could stay calm and sunny in the face of the most egregious wrong-headedness and ignorance, though he could be frank and even scathing about it in private. There were surely people who worked well with Ned, liked him very much, and never had a clue that he thought they were idiots, so gentle was he in debating and correcting them. He could completely separate their opinions from their identities, and he seemed to like nearly everyone, which meant that nearly everyone liked him. I would not put it past Ned to have disagreed with me so gently that he actually won arguments I never knew we were having.

MIME was our first involvement with Internet standards work, the first RFC either of us had our names on. The MIME work was a career-making breakthrough for both of us, but we went different ways afterwards.  I went off in a number of directions, founding several startups and then helping lead innovation and standards work at IBM and Mimecast. Ned was astonishingly stable and even-keeled, never once changing employers; the company he founded before I met him was acquired by Sun, which was acquired by Oracle, where he remained to the end. His stability, patience, and clarity were a perfect match for standards work, and he never stopped working with the IETF, ending up as the author of over 50 RFC's (far more than my 16, and in fact more than 99.95% of RFC authors), and one of the best known and most respected figures in the Internet standards community.

You only had to meet Ned once to understand why he was so good at this. He was wicked smart, of course, but there are plenty of smart people who flame out in the process of trying to build consensus. But Ned always had a warm smile. His humor could be quite biting in private, but never malicious, and in larger meetings he carried himself in such a way that it was almost impossible not to like him.

I knew Ned for just over half his life, but never without health problems. When I met him, at just barely over 30, he was already deep in his lifelong struggle with ulcerative colitis. He talked openly about his health issues when asked, but I never once heard him complain. In his later years his health led him to stop traveling to IETF meetings, but he remained an active and soothing presence who proved over and over, to a still-skeptical world even within the IETF community, how modern technology can allow people with the right communication skills to be first-class participants from thousands of miles away. He worked so effectively through his illness for so long that I almost stopped worrying about him, as if I expected him to live forever.

The people you hear the most about aren't generally, in my experience, the people who most deserve it. A lot of the most important and constructive work is quiet and behind the scenes. Ned never, to my knowledge, sought to aggrandize himself. Even for the work we did together, I ended up being the one who people know as the "father of the email attachment." But I could never have realized my vision of richer, more powerful email alone. Ned's deep expertise and focus on detail kept me from going down more than a few rabbit holes that could have sunk the whole MIME project, while his disposition probably made the difference between a gradually emerging consensus and a pitched battle of entrenched ideas.

Meeting, collaborating with, and becoming friends with Ned Freed was one of the highlights of my career, and I will miss him for all the time I have left. Although I'm not a believer, I'd like to picture him in heaven right now, smoothing out communication problems between the cherubim and the seraphim, devising protocols for synchronizing the tuning of everyone's harps, and perhaps gently trying to convince God to loosen up and decentralize the universe a little more. If anyone can do it, Ned would be the man. Rest in peace, old friend.

Posted by Nathaniel Borenstein at 6:21 AM

Nathaniel Borenstein
I'm a scientist/programmer/inventor/entrepreneur who has been involved in Internet-related innovations since 1980, specializing in e-mail technology, human-computer interaction, and electronic commerce. Journalists have called me an "Internet Guru" and "a geek's geek" among other things. I have largely focused, in my career, on taking new innovations and driving them, collaboratively, to become successful products. I specialize in building consensus in diverse groups, and I enjoy translating between different perspectives, particularly between software development and business strategy. From 2002-2010 I was a Distinguished Engineer for IBM Lotus Division. In June of 2010 I resigned from IBM to become Chief Scientist at Mimecast. In 2021 I reduced my role at Mimecast to half time, and returned to the faculty of the School of Information at the University of Michigan.